Legal Cannabis Is Creating Nightmares for Freight and Logistics

The cannabis boom is sweeping the U.S. In some states, sales of recreational marijuana have created a billion-dollar industry overnight. In other states where legalization is still on the docket, sales of cannabidiol (CBD) products are making major ripples. But there are still areas of the country where both are banned. And therein lies the problem — at least for truckers. What happens when you take your cannabis cargo from a pro-cannabis state into a less-than-welcoming territory?

It’s a dilemma more and more truckers face. Increasingly, it means troublesome run-ins with highway patrol authorities — and in some cases, everything from major fines to time in a jail cell. Every mile in a state with cannabis prohibition is a roll of the dice.

The lay of the land

Hemp is federally legal thanks to the introduction of the 2018 Farm Bill. But hemp is just one offshoot of the cannabis family of plants — the other major branch is marijuana. While federal legalization of hemp may seem like a green light for transport, there’s a battle raging at the state level.

Truckers hitting the road in states such as Oregon, Washington, California, and Nevada have nothing to fear, even when transporting full-grown marijuana plants. But venture into Idaho, Wyoming, or any number of other states, and your cargo immediately becomes illegal. Plenty of states exist within a gray area as well, such as Iowa, which welcomes hemp and CBD products but has strict regulations against anything marijuana-related.

Suppose you’re a trucker tasked with hauling a trailer full of marijuana plants from Nevada to Colorado. What do you do? You can risk driving through Utah, where medicinal marijuana is legal but recreational is still illegal. North and south routes aren’t good options either.

Do you take the job and risk prosecution in Utah, or do you forgo the work and the payday?

The marijuana supply chain is a mess, and the burden of navigating it is often put on truckers. And while plenty of them are making regular runs without issue — transporting their green payday to cannabis-friendly states — others are making national headlines as they’re prosecuted to the fullest extent of the law. 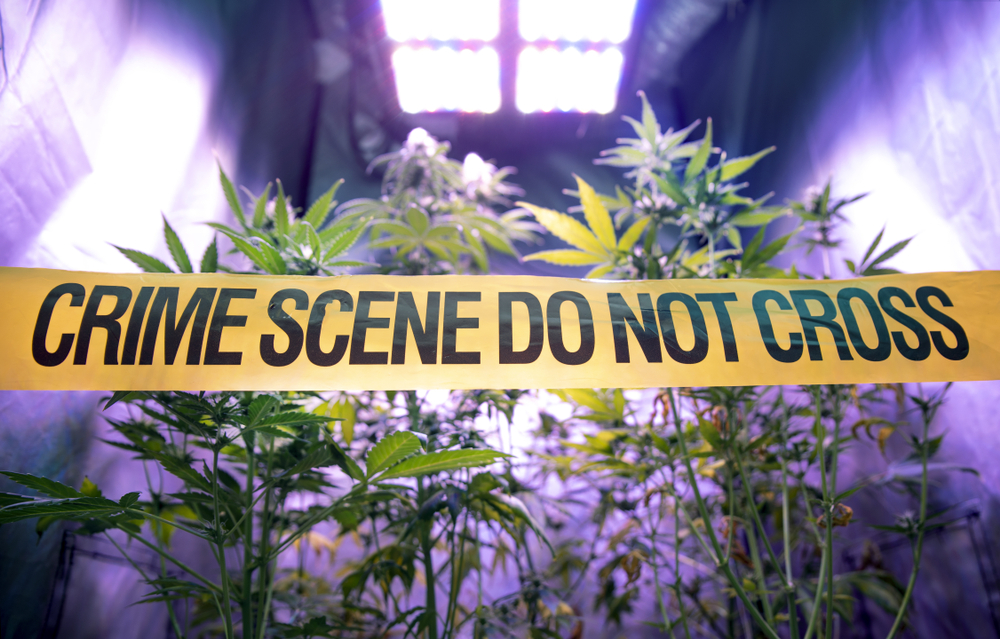 Making examples out of truckers

Despite its legality at the federal level, a trucker transporting hemp through Idaho was jailed for four days earlier this year. He now faces up to five years in prison, just for hauling hemp.

Other truckers on the East Coast face arrest in spurts as law enforcement officials consistently mistake hemp for marijuana. While few are actually charged, the disruption costs them time and money.

Even in California — a state where cannabis is fully legal — arrests on suspicion of transporting marijuana happen. In some cases, police have turned over assets to the courts, which become forfeit to the truckers who own them.

Who’s liable and when will things become clear?

We need big strides to bring reasonable order to the current situation. Federal legalization of hemp is a good start, but it’s not enough to protect truckers who are just trying to do their jobs.

Legalization of all cannabis (including marijuana) wouldn’t hurt — although it’s sure to be a massive battle, on the backbone of a states’ rights issue. Clearer guidelines from the trucking and transport industry, as well as the Department of Transportation (DOT) and Bureau of Alcohol, Tobacco, and Firearms (ATF), would also help the plight of truckers.

Some states, such as Oregon, have already laid the groundwork for safer cannabis export. But the landscape will remain foggy for the foreseeable future.

If you’re handling cannabis freight or are looking to do business with companies operating within this space, make sure you’re up-to-date on the state of the industry. nVision Global aims to bring you current information and solutions for protecting your operations against the challenges of emerging industries. Visit our website at nvisionglobal.com.
By nVision Global|2021-03-08T18:45:02+00:00July 30th, 2019|Freight News|0 Comments