Electric Vehicles Are Powering Change in the Freight Industry

The trucking industry is ripe for disruption. It’s no secret that electric vehicles are the next big innovation, but when will we see them? More importantly, what forces are driving them to market? What types of change will they herald when they get here?

There’s a lot riding on electric trucks, which is why we might see them sooner than many truckers think.

Costs drive the demand for e-vehicles

Fuel costs have always been the magic variable for freight providers. Unfortunately, crude oil is its own economy and it operates on a global scale. More often than not, freight companies are at the mercy of fuel costs as they rise or become volatile due to larger economic factors.

Instead of pacing the trends of crude oil, electric vehicles will bring a modicum of cost control back in-house for freight providers.

Not having to battle oil prices puts truckers and other freight providers on track to better operations. Being able to accurately anticipate electric vehicle costs will trickle down into everything from haulage rates to margins. Profitability will improve thanks to the return of competitive cost structures, made possible by independence from traditional fuel.

With a massive trucker shortage, demand for autonomous trucking is growing. But before we can put a driverless truck on the road with any sort of reliability, that vehicle needs a way to keep itself powered. Electricity is the answer.

Emissions are more important than ever

Global warming may be the single greatest threat facing our world today. Emissions in particular are in the crosshairs of the EPA. Freight emissions account for roughly 25% of all vehicle emissions, representing a segment ripe for emission reduction.

Electric drivetrains have already become a focus for improvement. With them, comes the opportunity to create electric trucks with practical range. Further improvements here and in battery technology will ultimately address emissions concerns specific to the trucking industry. 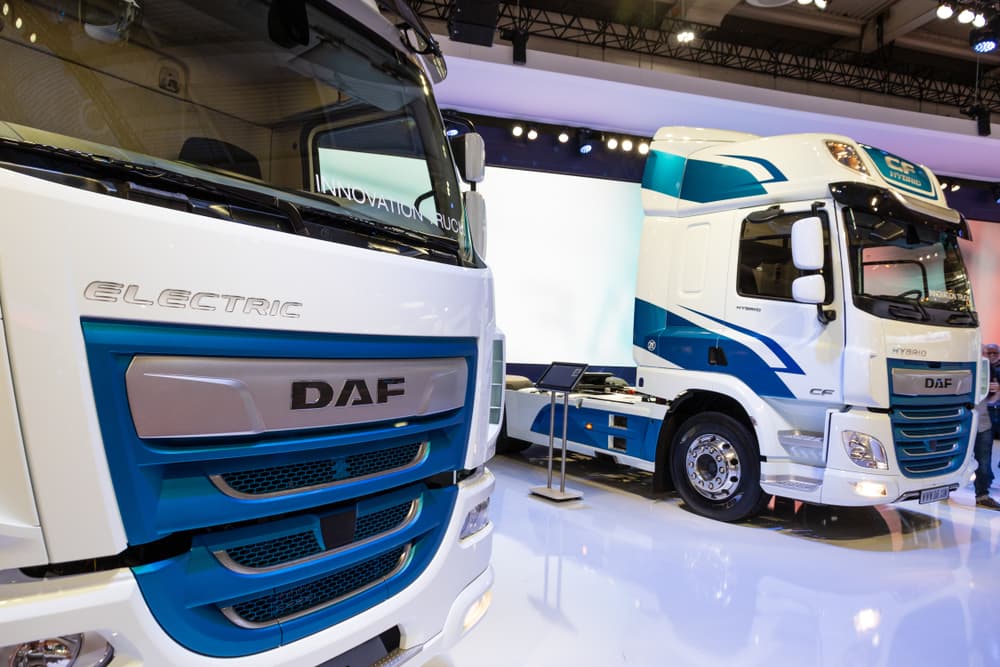 Electric trucks are closer than we realize

Take a look at the Tesla Semi, announced in 2017. Two years later and these vehicles still aren’t on the road. The same goes for trucks by Volvo, Daimler, and countless other automotive manufacturers. When will these trucks go from concept to deployment?

The industry consensus is that a general rollout will take place over the next decade. Some companies, such as Volvo, have electric trucks slated for regional commercial use as soon as 2020. Other companies, such as startup Thor Trucks, will begin testing hydrogen-electric models in late 2019 — the likes of which may not actually go into service until the mid-2020s. Companies aiming for mass rollout may not see it until the mid- to late-2020s, when battery technology supports several-hundred-mile excursions on a single charge.

On top of everything, regulations for electric vehicles are still little more than a general framework. They’ll need finessing before electric trucks roll out in any sort of volume.

The enthusiasm is there. The technology is almost there. The infrastructure, logistics, and regulatory environment need some work. All told, electric vehicles are coming sooner than many realize. It appears we’re in the homestretch.

While we wait for electric trucks to roll out, it’s up to transportation companies to address their costs in other ways. nVision Global can help. We save our clients money through a variety of innovative, technology-driven solutions. See what we can do for you. Visit our website at nvisionglobal.com.
By nVision Global|2021-03-08T18:45:03+00:00May 23rd, 2019|Industry Trends and Technologies|0 Comments